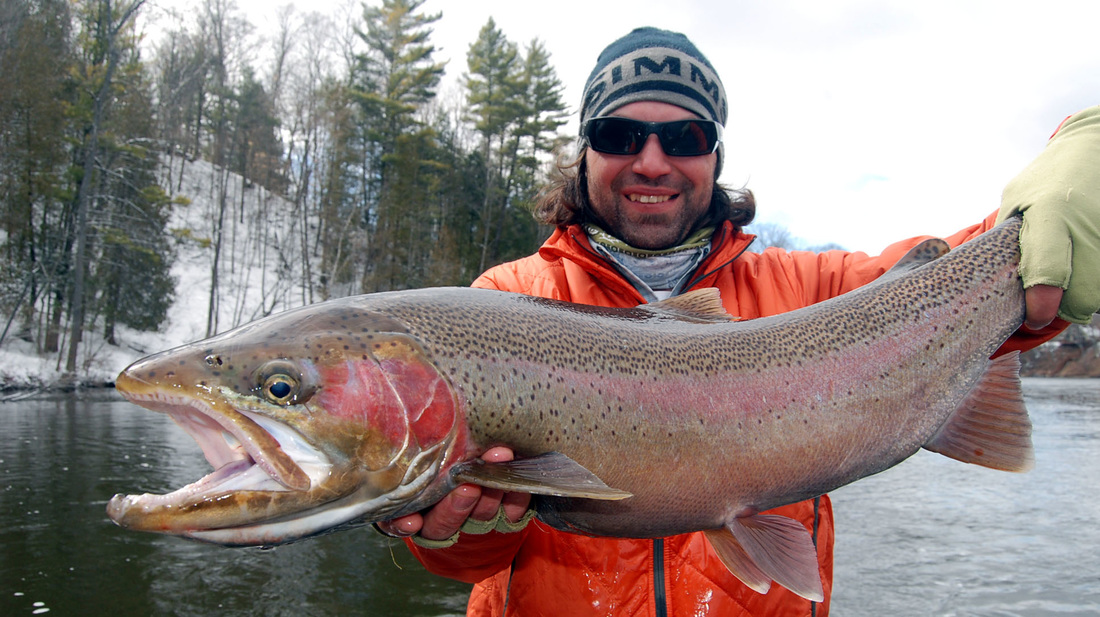 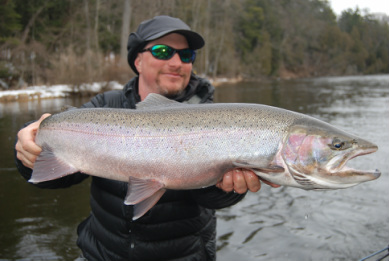 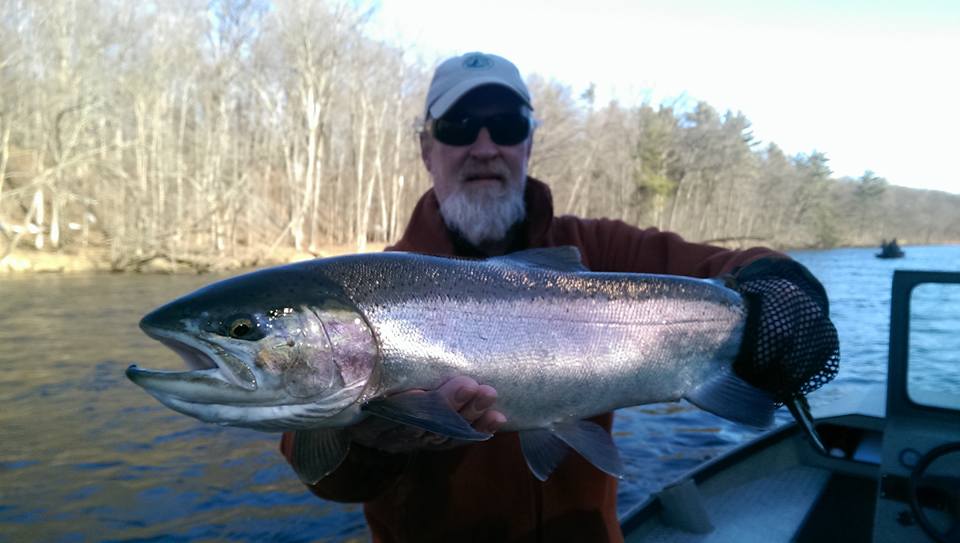 Good numbers of chrome steelhead entering the rivers daily! Longer day light and a bump in the water levers – Got Steelhead on the move!

Weather has been fantastic making for some great Fishing on the Muskegon River. Water levels and temperature are perfect! Spring Steelhead fishing has definitely been improving over the last couple of days with new fishing moving in daily! I made some interesting observations today. Probably the most important thing I noticed was, the back waters of Croton reservoir (Croton Pond) were completely ice free today. That is a huge sign of a very early steelhead migration. Typically this time of year, there’s a minimum of 12″ of good, solid ice. Normal ice off happens around April 5th. This year, water temps will be way ahead of schedule, and will spike anytime we have several warm days in a row. ( A glass of water gets warm without ice cubes!)

My prediction is that the main steelhead migration will take place in early march, with heavy spawning in later March and early April, with Steelhead fishing, finished by April 15th. We had a year like this about four years ago. 80 degree days in late March. All the Steelhead came into the river, spawned, and left the river by April 15th. (That was the year that all the Apple trees in Michigan blossomed, and then were killed by a heavy late frost, and there were no apples that year.) I’m expecting this steelhead season of 2016 to have the same effect. We had 20 fish, in the net days, for about two weeks, then steelhead fishing tapered off. They were gone, back to Lake Michigan. If you were thinking about booking April dates, I’d suggest a March date instead.

Finally some warmer weather ahead in the forecast! It finally feels like spring once again! Bright chrome spring steelhead are starting to enter the lower parts of the river! Just a few more days of tying flies, painting beads, and spooling reels. Soon it will be prime time and we are chomping at the bit for the first few warm rays of sunshine!
Stone flies will start playing a larger part in the Steelhead’s diet. Small Black stone flies, and salmon fry patterns should start producing fish.

We are offering both guided half day ($250), and full day ($350) fishing adventures for light spinning tackle (Float Fishing) and chuck and duck style fly fishing for steelhead and trout. Both techniques are very easy to learn and produce a lot of fish in the net! Usually over one steelhead per hour or more, and plenty of resident Brown, and Rainbow trout. This year’s class of steelhead has been larger than average, with new fish entering the river daily.

Water levels have been stable so far, usually around 2000 cfs. Making for excellent steelhead fishing. Wading has been decent at these levels. Stream flow should remain normal throughout most of the spring. We don’t have huge amounts of snow to create high water this year. 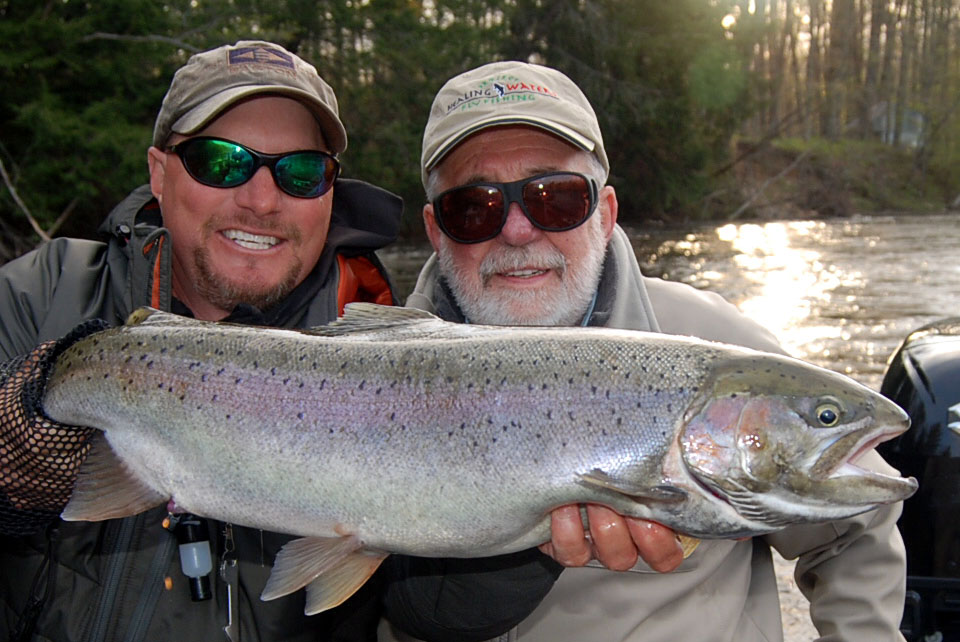 New FaceBook Fishing Reports page. Give us a like and subscribe to fishing reports for the Muskegon and Big Manistee Rivers.
Call or Text us for guides and available fishing dates. (231) 519-7348